Gate.io Blog What the new Ethereum Improvement EIP-1559 means for you
Industry Analysis

What the new Ethereum Improvement EIP-1559 means for you

· This new proposal will replace the existing Ethereum gas pricing mechanism.
· fixed-per-block network fee and block sizes that expand or contract.
· removes coins from circulation by burning the base fee.
· Switch from PoW to PoS model.
· The base fee is burned afterward and doesn’t go to the miners, effectively paying the network.

1. What Is EIP-1559?
The Ethereum Improvement Proposal (EIPs) contains features and processes that offer potential changes, such as core protocol specifications, client APIs, and contract standards. This code change took more than two years to be completed which aims to change the way transaction fees are handled for the Ethereum blockchain. 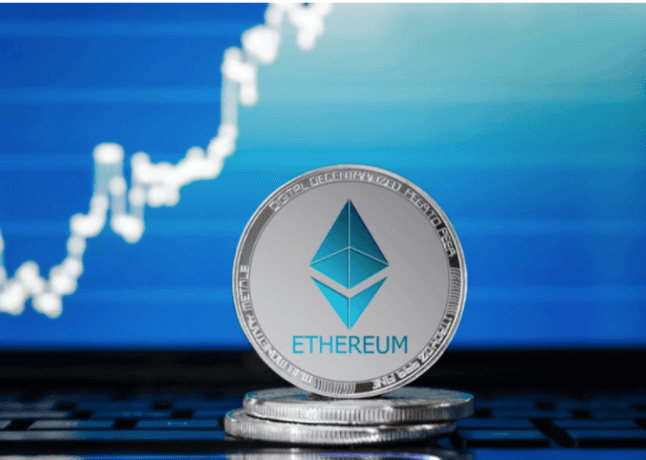 
Another major change of this new proposal is the migration from a proof of work (PoW) to a proof of stake (PoS) model. This change will take place even this year or early 2022.

Another key improvement is the introduction of a mandatory “base fee” or minimum fee payment for every transaction, which is a “market rate” for block inclusion that will be estimated by the protocol. At the same time this Ethereum Improvement Proposal aims to replace the current block gas limit which can be defined as being the blocks789 amount of gas that someone will pay for an operation to be performed. Instead of transaction fee volatility, some of this translates into volatility in block size. Now the transaction will be handled by an automated bidding system with a set fee amount that varies based on how crowded the network is.
Another major change under this improvement is that every transaction fee will burn a certain amount from circulation and reduce the supply of ether and theoretically boost its price.

There are several reasons why this improvement is needed and important for everyone. Here are the key reasons:

a. Limiting ETH Inflation
With the current system, each time a block is mined in Ethereum, two new coins are introduced into circulation. Holders will see the value of their Ether becoming weaker with time as more coins are created and made available to investors. EIP-1559 removes coins from circulation by burning the base fee and acts as a counterbalance to the unlimited ETH coin supply.

b. Predictable Transaction Fees
While EIP-1559 will not necessarily reduce gas fees but it will make them more predictable. Fees will only increase or reduce by 1.125x per block. This brings stability and predictability to the volatile Ethereum fee market, allowing users to know what they expect to pay with each transaction.

c. Improve Fees Market Efficiency
EIP-1559 proposes variable block sizes that can grow to twice the fixed gas target of 15 million gas per block. If a block surpasses 15 million gases, the gas fee goes up, and vice versa. This mechanism ensures the system is not overloaded with large blocks with no block gas limit and improves market efficiency by enabling accurate fee estimations.

a. Ethereum Users
Users on the Ethereum network will benefit from increased transparency and predictability of the gas fee. It is estimated that this new mechanism could result in 90% savings in transaction costs. That way, it will avoid overpaying for transactions and having transactions delayed due to underestimating the cost of transactions.

b. Ethereum Miners
Recently, due to network blockage, miners’ incomes have increased up to 50%. When the new proposal is adopted, miners will lose a significant portion of this income. Worst case even 25% reduction in income in the next 12 months. This way miners are unlikely to support EIP-1559 in the short term. But long term is inevitable.

c. What EIP-1559 means for investors
EIP-1559 aims to strengthen the ecosystem of Ethereum and it isn’t likely that there will be a short-term impact on investors. Long-term, the ether deflationary effect of the EIP-1559 by reducing the supply could soar the prices up which would be very beneficial for investors

4. Potential Limitations of the Protocol Change
EIP-1559 doesn’t attempt to make the Ethereum network more scalable to accommodate more transactions, which is the major cause of the extremely high fees. 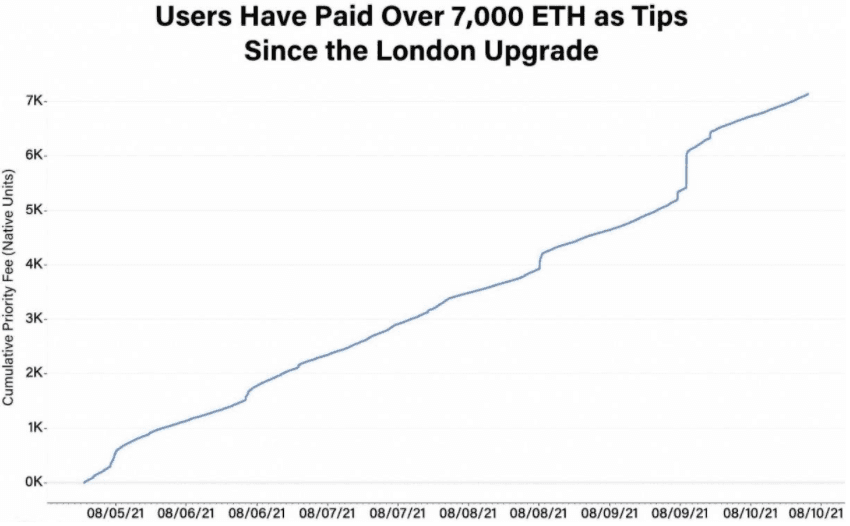 
Another big issue now is that most transactions are not formatted for EIP 1559. The market adaptation needs time.

The benefit to users and network service providers who choose the usage of the new EIP 1559 is that any portion of the transaction fee that doesn't cover the base fee or the amount they have set for the priority fee will be refunded back to the sender.

With EIP 1559-formatted transactions generally being cheaper for users than legacy Ethereum transactions, it is likely only a matter of time before more applications and service providers adopts the new format. Nevertheless, the slow adoption of EIP 1559 shows that users and businesses are giving the project time to stabilize and prove its effectiveness.

The main benefit of EIP-1559, is that it will allow users to avoid paying huge gas fees. And due to the predictability and transparency of the pricing system, the adoption of more dApps within the Ethereum ecosystem will gain more momentum.

For investors, the burn mechanism will make Ethereum more valuable due to the burning mechanism. But on the other hand, this burning mechanism will also reduce miners’ income.
But either way, this EIP-1559 will be one of the most significant and fundamental changes to the Ethereum blockchain. The impact of these changes is still not fully understood and needs time to fully understood for each party – miner, investor, and user.

Author: article_bot
This article only represents the views of observers and does not constitute any investment advice. The content of this article is original, and the copyright belongs to Gate.io. If you need to reprint, please indicate the author and source, otherwise legal responsibility will be pursued.

Gate.io Featured Articles of the Week
《Endgame: Uncovering the Optimal Solution of Blockchain Scaling with Vitalik Buterin》
《Will Layer 2 and the Future Sharding Update to be Activated in 2022 be Ethereum’s Ultimate Solution to Boost Scalability?》
《Ethereum Breaches ATH... What comes next?》