Gate.io Blog Student’s selfies skyrocket to $1 million in the form of NFT
Hotspot 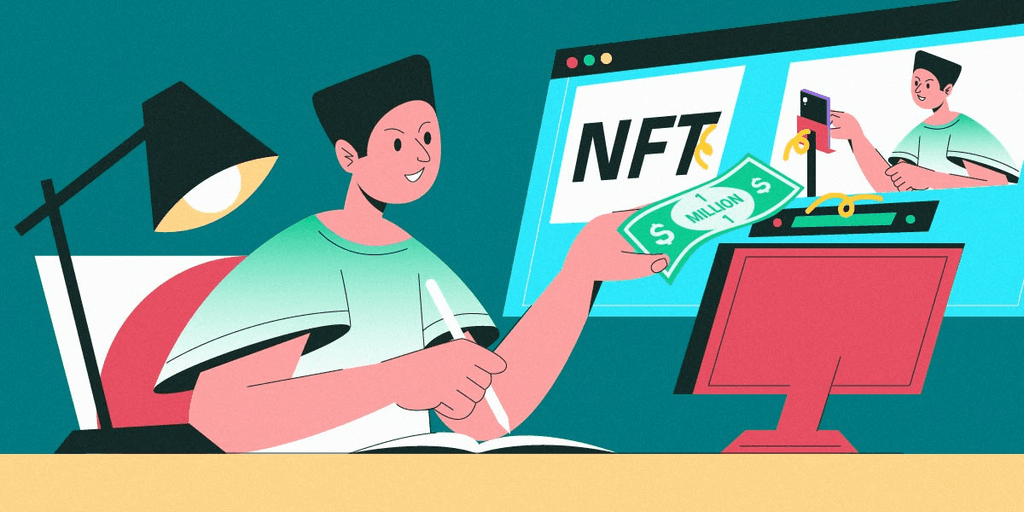 For several months now, the NFT craze has been shaking up the art and cryptocurrency markets.

Ghozali has been taking selfies in front of his computer for five years, which were then converted into NFTs and uploaded to OpenSea in December 2021. In fact, the Indonesian student reportedly became a millionaire by selling non-fungible token (NFT) versions of his selfies on OpenSea's NFT marketplace.

The Indonesian student has turned his selfies into NFTs

Sultan Gustaf Al Ghozali, a 22-year-old computer science student from Semarang, Indonesia, converted and sold nearly 1,000 selfie images into NFTs. According to Ghozali, he took pictures of himself for five years, between the ages of 18 and 22, to remind himself of his graduation journey.

After learning about blockchain technology, the 22-year-old decided to upload the photos to the NFT trading platform OpenSea under the title "Ghozali Everyday." 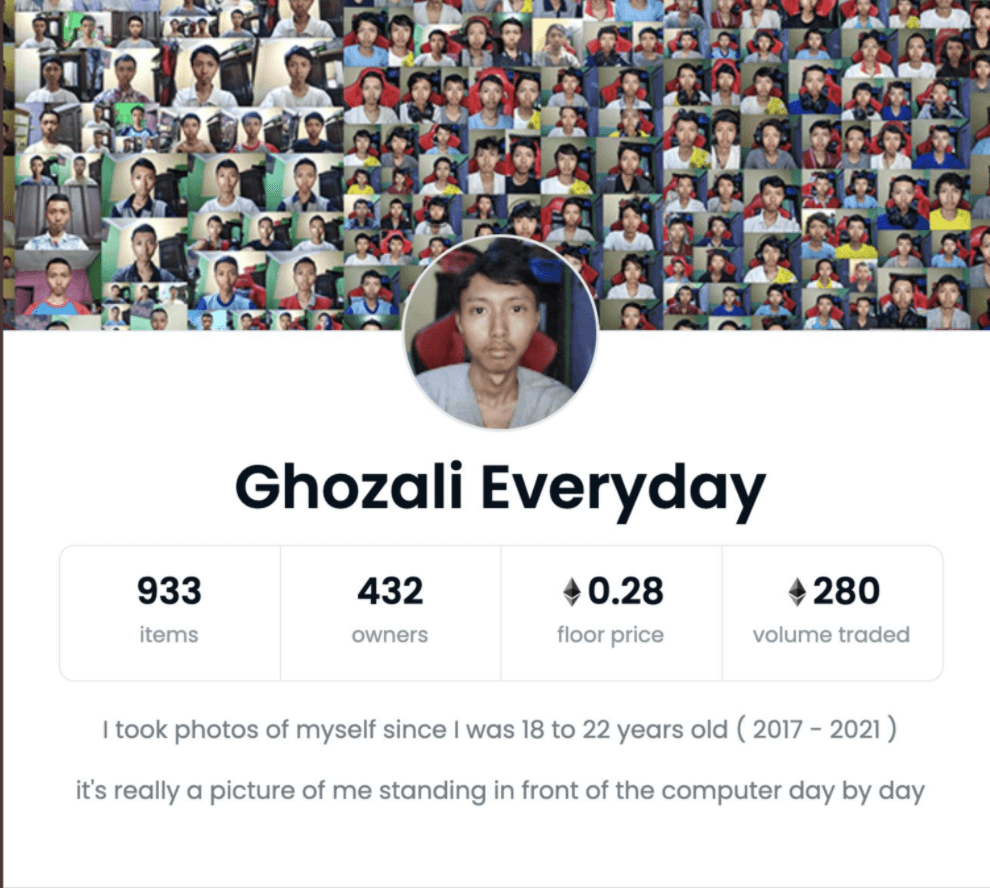 "I thought it might be funny if one of the collectors got my face back," Ghozali told reporters on his university campus Thursday.

"I never thought anyone would want to buy the selfies, which is why I only offered them for $3," he said.

Over the next few days, more than 400 people purchased ownership of his expressionless photos.

By Friday afternoon, Ghozali's collection had reached a total commercial volume of 317 ether, or over $1 million.

"To be honest, I still don't have the courage to tell my parents, they would wonder where I got the money," Ghozali said with a laugh.

On his Twitter account, where he has more than 16,000 followers, the student often offers updates on his OpenSea statistics.

"Today I sold over 230 (selfies) and so far I don't understand why you want to buy #NFT photos of me!!! but I thank you for the five years of effort that has paid off," he tweeted Tuesday.

Ghozali, who dreams of opening his own animation studio one day, said he plans to invest the money and will continue to take daily selfies until he graduates. 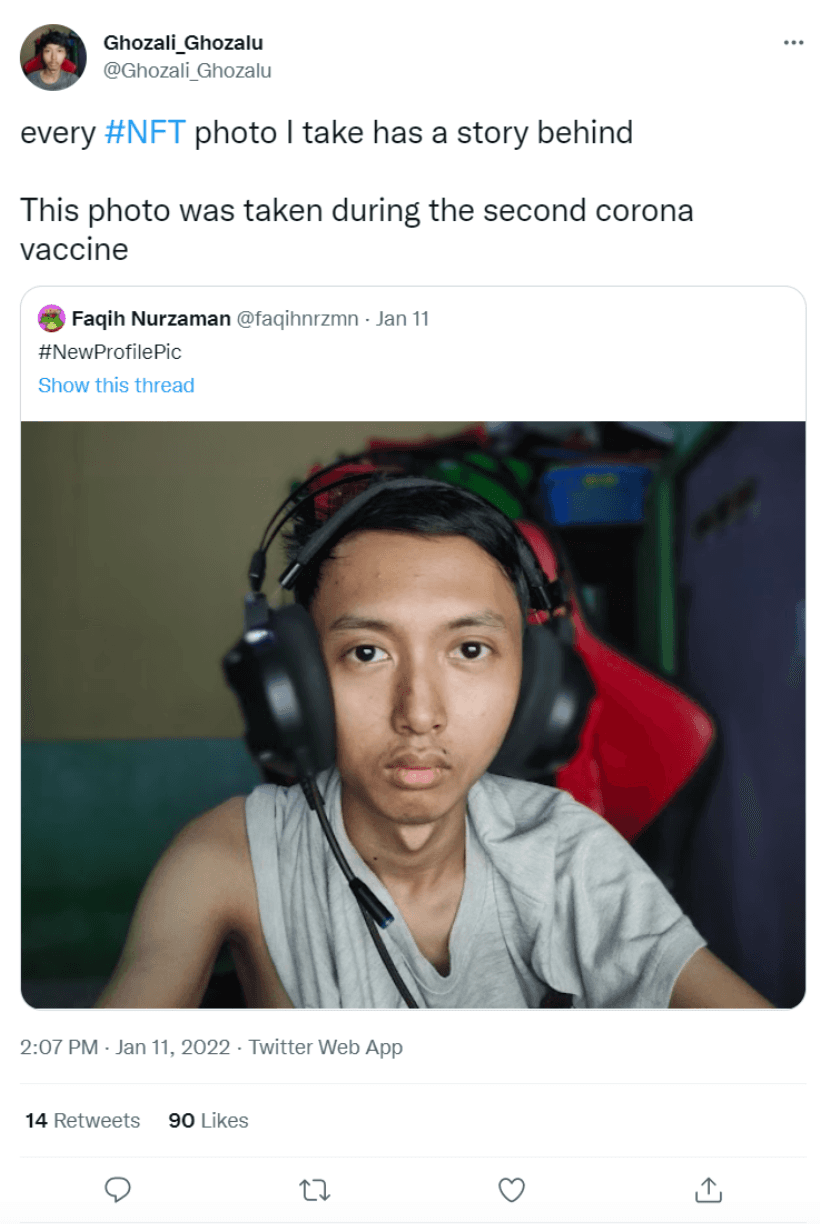 At its peak, some photos were selling for 0.9 Ethereum or about $2,800 at the cryptocurrency's current price.

A success that has even frightened the young man, who asked buyers not to divert his photos out of respect for his parents, in a Twitter message.

The NFTs are in full expansion

NFTs have turned digital objects ranging from artwork to memes into virtual collectibles that cannot be duplicated.

The NFT market has exploded in recent months, in the wake of the cryptocurrency boom. Several brands like Adidas, Guerlain, and Givenchy have recently jumped on the bandwagon, launching their own non-fungible token collection.

No one is going to promise you that you will make a million dollars creating your first NFT. But you can try to find collectors who will be willing to invest a lot of money in your unique work.

The very first thing you need to focus on is the artwork itself.

How to make your own NFT? For example, a photo you took or a nice video you filmed. However, this method will only work for you if you are a talented artist who knows the basics of how blockchain works.

Is there another way to make money with NFTs without having to create your own token? Yes, you can profit from NFTs that have already been created by other artists. You should follow the NFT industry via Gate.io and participate in NFT projects so that you don't miss a chance to get the NFT you want for free or at a reasonable price and then sell it. Finally, you can play to win NFT items, players can receive NFT and sell them on special platforms. One of the most famous projects in this domain is Axie Infinity. So you can play popular games based on blockchain technology to earn money.

As you can see, there are many ways to earn money with NFTs. The industry is evolving rapidly. So you can check out the best NFT collections regularly updated on Gate.io to get inspired to create your own digital art. If you think it's hard to do, learn more about how the NFT industry works on Gate.io.


Author: Gate.io Researcher: Aziz. H
* This article represents only the views of the researcher and does not constitute any investment suggestions.
*Gate.io reserves all rights to this article. Reposting of the article will be permitted provided Gate.io is referenced. In all other cases, legal action will be taken due to copyright infringement.