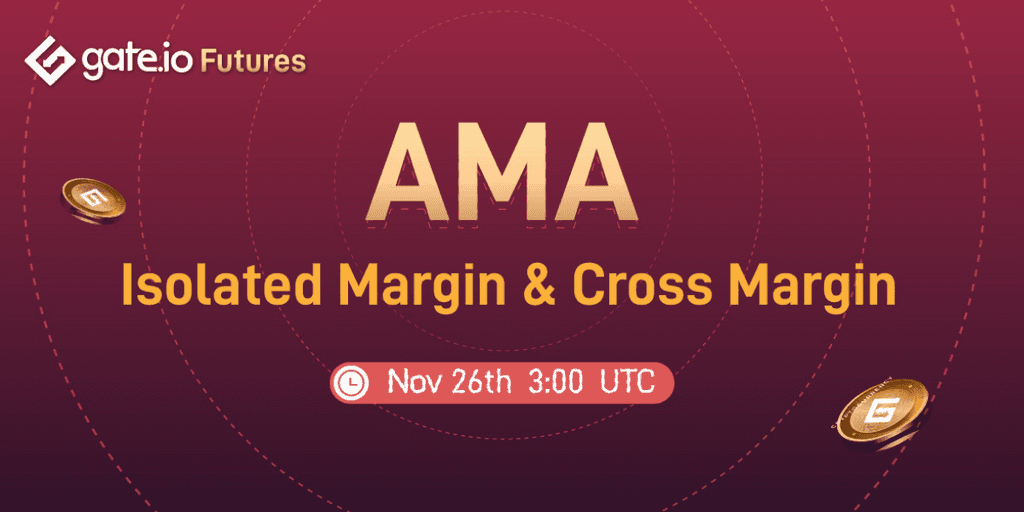 
Q : Here we go, Can you tell me about Isolated Margin & Cross Margin ?


A : Sure, Magin refers to the principle that users need when participating in contract trading and opening a position.


Since the contract has the attribute of high leverage, that users can trade with a larger finance scale while holding the same amount of principal.


Leverage has the characteristic of magnifying PNL.


With the same amount of principal, the higher the leverage, the larger scale of the position can be opened. Relatively, the users may face a higher risk.


There are 2 margin modes on Gate.io: Isolated Margin Mode and Cross Margin Mode. 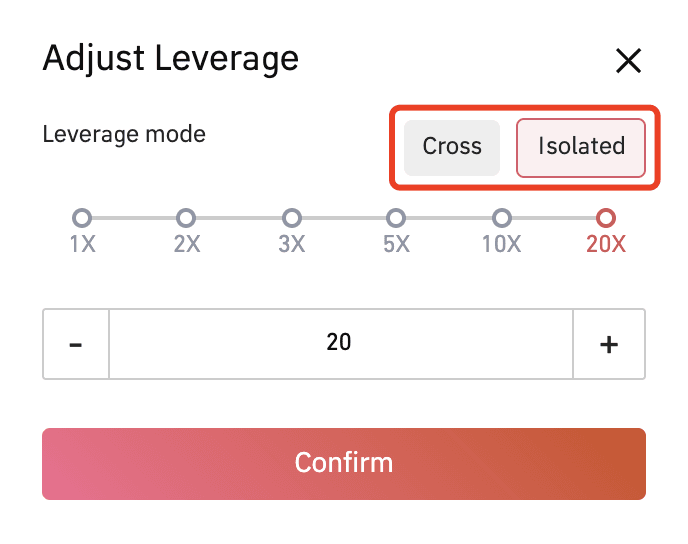 
Under the isolated margin mode, there is a fixed value of the position margin. It starts with the initial margin which can be changed by adjusting the leverage, risk limit, and withdrawal margin. When the margin balance is lower than the maintaining margin, a forced liquidation will be triggered. At this point, the position margin could be the largest loss for the users.


The calculation of the Isolated margin is as follows :


( When there's an unrealized PNL and under a loss-making circumstance, the abs should be added to the margin under the Isolated Margin mode. )


User A is currently at the position worth of 100USDT by using 100X leverage, when the unrealized PNL is -0.5USDT, then the margin is calculated as:


Under the cross margin mode, all balance in the user's account is used as the margin. Users can set up multiple contract positions as crossing margin mode, in which all positions can share the account balance. However, the unrealized PNL cannot be used as a margin for other positions.


( When there's an unrealized PNL and under a loss-making circumstance, the abs should be added to the margin under the Cross Margin mode. )


*The Initial Margin Ratio can be viewed in the Contract Details.


User B is currently at the position worth of 100USDT by using full leverage, with an initial margin ratio of 1%, 200U of balance, and unrealized PNL +10USDT, the margin is calculated as:


that the margin shown in the position is 1.075USDT, and the actual position margin is 200USDT.


Q : Does anything user need to be noted ?


2)Under cross margin mode, the trader cannot manually select the leverage. In fact, the leverage is affected by the margin, position value, and unrealized PNL.


3)The leverage will not affect the unrealized PNL.

Share to：
Follow us：
Trending
What is SocialFi?
New Business Opportunity In The World Of The Metaverse
What the new Ethereum Improvement EIP-1559 means for you
New business in the metaverse – Doing Business in the Metaverse: Opportunity or Threat?
Sandbox, an Irresistible Immersive Virtual Game
C
+/–
%
7
8
9
+
–
4
5
6
×
÷
1
2
3
×²
√
0
.
=
Mobile
Desktop
Windows MacOS
Click top-right
Click "Open in browser"
Download in your browser