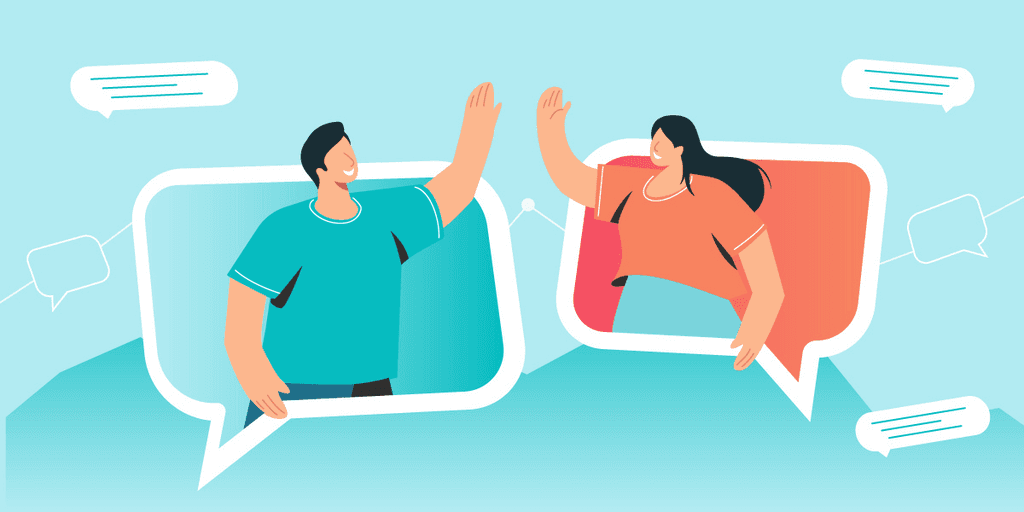 1. An overview of the SocialFi ecosystem: Social, DAO:
2. The problems that SocialFi needs to solve.
3. Opportunities and challenges for SocialFi
4. Conclusion.

1. An overview of the SocialFi ecosystem: Social, DAO:

As one of the “hot news” in the industry, the SocialFi token ecosystem is constantly thriving and growing. After 2020, the DeFi era officially begins. Under the influence of open finance concepts and liquidity mining methods, SocialFi has also started the transformation from “Finance + Society” to “Social + DeFi”. 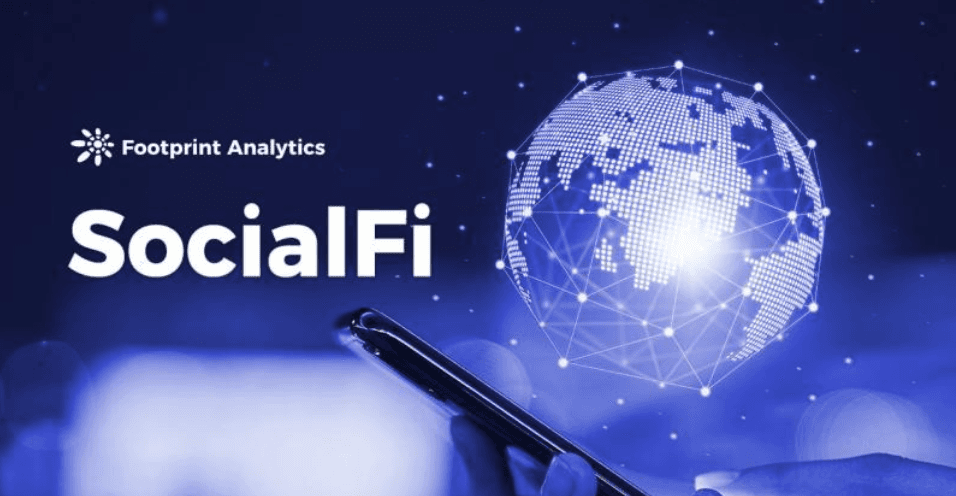 
SocialFi, which stands for “social finance”, refers to the combination of social networking and finance on the blockchain.

SocialFi has a special feature that is decentralized, open and user-controlled.

After the DeFi era, NFTFi and GameFi exploded, and SocialFi was highly anticipated by the community. In fact, in the first half of 2021, more and more new projects with the concept of SocialFi are participating in this race.

2/ Overview of the SocialFi ecosystem:

a. Personal Tokens:
- RAC: RAC is a fan-generated token of Grammy Award-winning DJ RAC (André Allen Anjos) and is based on Ethereum. RAC token holders will be allowed to access the exclusive Discord channel and have the opportunity to receive an airdrop and foreknowledge of unannounced content. In addition, holders of a certain amount of RAC can participate in exclusive perks, such as exclusive product launches organized by RAC on digital product marketplaces such as Zora or SuperRare.

- ROLL:
Roll is one of the social token issuance platforms. According to the platform release model, Roll will generate ERC-20 tokens on behalf of users, i.e. issue personal Social tokens to content creators. The supply of each individual Social token is 10 million, of which 2 million will be released directly to content creators, 1.2 million shares go to the Roll platform, and the rest will be unlocked linearly every day. month for three years. At the same time, ROLL also provides a storage and trading platform.

Currently, 200 content creators have issued their own tokens through ROLL. However, in the first half of this year, the event that 3000 ETH was stolen by hackers on the Roll platform caused discussion and to a large extent extinguished the enthusiasm of the entire market for Social Tokens.

Whale is a well-known private token, issued by individual buyers WhaleShark based on the Roll platform. The value of its tokens is based on NFT assets held by WhaleShark itself and the valuation can be checked on NonFungible.com. Whale allocates 50,000 tokens per month to get NFTs, donate to artists, pay team salaries, community activities, and more. and record them through Discord, one of the mainstream social platforms abroad.

In addition, creators can earn WHALE by staking their NFT works and they can also sell their works on Open Sea for Whale.

- RALLY:
Rally is a relatively early and popular private token distribution platform focused on rebuilding the relationship between creators and fans.

Creators can create and issue their own personal tokens for the creator coin, or they can directly mint NFT on RALLY for trading. The creator coin serves as a qualifying credential that allows the holder to enjoy perks, such as access to the creator's private Discord community, purchase of specific goods , etc

RLY, the native governance token for the RALLY platform, can be used to purchase Creator Coin and can be exchanged for any other token on Ethereum. RLY went public in April and peaked at $1.38 on April 3. Currently, RLY is available for liquidity mining at Uniswap and Balancer.

- Mirror.xyz: a content publishing platform focused on articles and NFTs. Articles (or Entries, represented by Mirror.xyz) can be in text, or images, videos or embedded NFTs. When you publish an article, it automatically generates an NFT that can be used for trading and the article is permanently stored on Arweave.

- Friends with benefits: FWB is a new type of DAO with FWB governance token. Originally founded as a server for Discord, it has grown into a Web 3.0 digital city with around 2,000 members, a studio, a real-time community dashboard, and other modules.

Audius, a decentralized music-based streaming protocol that focuses on transactions between musicians and listeners.

The platform governance token is AUDIO, which can be used for collateral, locking, and community governance. It already works on Binance, Uniswap, and FTX. 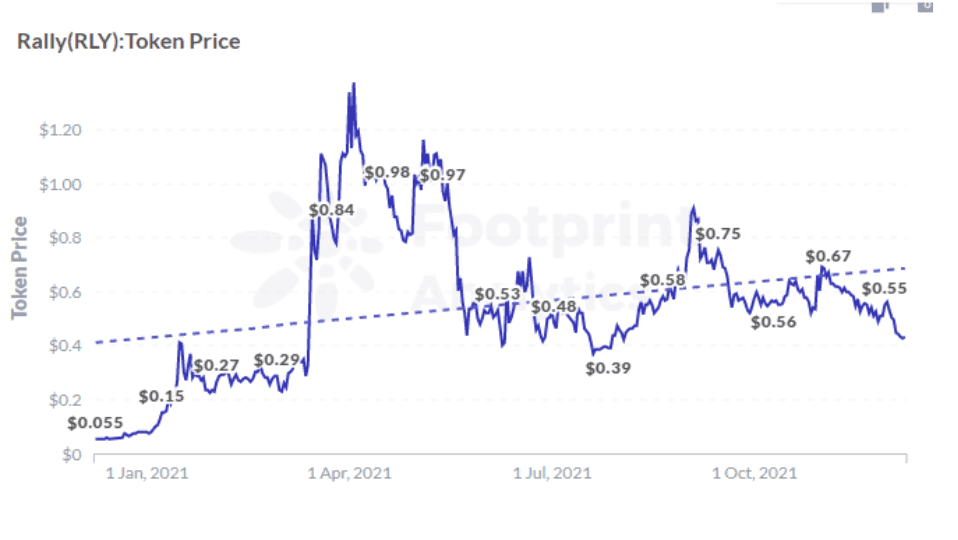 2. Problems that SocialFi needs to solve:


In the Web 2.0 era, major social network operators control the data of social network users. They use basic social data for profit, with little benefit to users.

Here are the main problems with traditional social networks that SocialFi aims to solve:

1. Attribution of data rights: Social media platforms collect and store as much user data as legally possible across their platform networks and from third parties, which then belongs to them. SocialFi hopes to leverage blockchain technology to make the collection of user data transparent and non spoofable.

2. Benefit Distribution: In general, social media platforms make money by selling ads based on their user traffic. The platform benefits from greater traffic and engagement in the form of billions of ad revenue, while users only get benefits from using the platform. influence and use.

3. Privacy and security: In a traditional social network, all account registration requires the user's information, such as mobile phone number, email address, etc., to be stored in the program. operator's backend and is easy to leak. SocialFi is based on blockchain technology and the anonymous nature of user-identifying information helps protect privacy and security.

3. Opportunities and challenges for SocialFi:

Web 3.0 has changed financial value and is now causing a stinging revolution. It makes sense to question how blockchain will disrupt social networks in the near future and the challenges it will face.

Source: Why SocialFi is the Next Big Thing in Crypto | Investing.com

SocialFi is essentially an expression of personal value, and this value is visually expressed in monetary terms. For pre-existing participants or influential celebrities, this will somehow extend their exclusive rights to content creation, while for later entrants or users are less influential, their content is often difficult to detect.

SocialFi currently has a number of books for users to create value. Typically creating content and waiting for rewards from followers. The other, from Write-to-Earn's example, is similar to the Play-to-Earn concept, meaning that writers can earn rewards through writing. This has high demands on the algorithmic mechanism and will be overturned if the platform is designed in an unreasonable way, such as Monaco Planet.
(Referenced from FootPrint Analytics)

Overall, SocialFi is a platform with a lot of potential and is growing strongly in the web 3.0 era. With the positions that SocialFi currently has, supporters believe that this is a great development in the technology world and also a good way to ensure the personal interests of users in the virtual space. It is very likely that in the near future, SocialFi will become an important part of the decentralized Metaverse ecosystem.

With an innovative invention that can make money just by social interaction and also allows us to connect like today's 2.0 space, many believe that SocialFi will soon get a monopoly position and create a community. society supports projects that are and will be participating in SocialFi.

Author: Tomi.D, Gate.io Researcher
* This article represents only the views of the researcher and does not constitute any investment suggestions.
*Gate.io reserves all rights to this article. Reposting of the article will be permitted provided Gate.io is referenced. In all other cases, legal action will be taken due to copyright infringement.

Gate.io Featured Articles of the Week
《Is SocialFi Going To Be The Next Big Thing in the Web3.0 Era?》
《Web 3.0: Blue Ocean of Value Brought by Blockchain》
《Web 3.0 powers the interactive virtual world》